As our baby had slept brilliantly at night for the first 7 months of her life, it came as a rude shock when she began waking 2 hourly and could not be settled back to sleep. Compounding this, a lack of daytime naps meant my husband and I quickly became exhausted. Initially we were reluctant to try a sleep consultant (having been put off by the thought of controlled crying and books like Save our Sleep), however, desperation set in and following a recommendation from another happy mum, I reached out to Kelly. Kelly’s suggested plan was straightforward and firm in its approach, but we quickly discussed ways to make it work for us, so that we felt comfortable in implementing and continuing the routine. At no time did I ever feel alone or uncomfortable in the methods used to teach our child to sleep. Two weeks in, she is now starting to sleep all through the night, and we have established a daytime routine (which includes a long, consolidated lunch time nap). As you’d expect, the whole family is more rested and our baby is noticeably calmer and happier for having more sleep. Thank you Kelly! 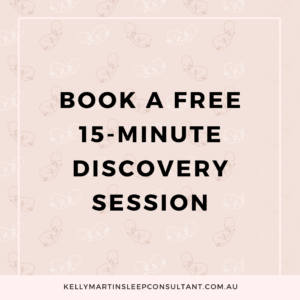